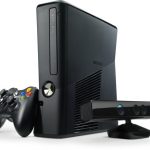 Titanfall Titanfall will take players to an all-new universe in which battle is done on-foot, or in 24 foot tall combat machines. The fast-paced action will demand a lot from players, who will need to change tactics on the fly as their situation alters during the course of battle. This is a multiplayer only game, but it will also combine elements usually found in single player experiences, making Titanfall a forward-thinking, exciting sci-fi … END_OF_DOCUMENT_TOKEN_TO_BE_REPLACED 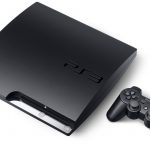 Alien: Isolation So when someone says “Alien” in the same breath as “video game” we generally start cringing. Let’s face it, the attempts to bring the USCMC of the second movie (Aliens) to life have generally been a little… well, sucky. But this time around the developers are returning to the roots of the series – the first film – and putting the player in the role of a lone character, doing battle against a lone alien. Brutal, scary stuff, … END_OF_DOCUMENT_TOKEN_TO_BE_REPLACED 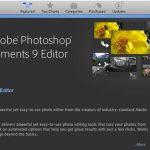 Get perfect results by fixing red eye, noise and more in Photoshop Elements Even though Christmas was weeks ago, the photos still linger. Happy shots of the kids as they unwrap their toys, a copy of WALL.E or a new Mac Pro; the family making merry round the table, two of them asleep and one with red eyes that are nothing to do with the sherry… Unfortunately, while most cameras can take good pictures with lots of light outdoors on a summer’s … END_OF_DOCUMENT_TOKEN_TO_BE_REPLACED 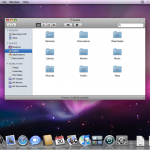 Motion 5.1 Motion 5.1 sounds like it should be a big deal, but the main addition is support for 4K to match Final Cut. It can share to YouTube, but direct uploading to Vimeo is limited to 1080p. If you’ve ignored Motion in favour of an After Effects CC subscription, you won’t come to it now. However, it’s a good companion if you adopt Final Cut Pro X as your editing app, because Motion can create animated titles (Pixelmator makes static graphics … END_OF_DOCUMENT_TOKEN_TO_BE_REPLACED 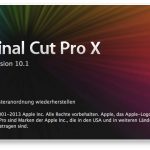 Three years (and versions of OS X) later, is FCP X worth using? Final Cut Pro X was poorly received upon release in 2011 (many essential features from Final Cut 7 were missing). Since then, a string of updates has reinstated features such as multicam editing, project export as XML, and previewing on broadcast monitors. 10.1 can exploit the Mac Pro’s dual-GPU configuration, preview on an external 4K monitor, and titles and effects are … END_OF_DOCUMENT_TOKEN_TO_BE_REPLACED