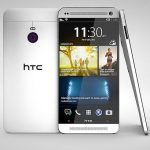 HTC one M9 rumors are spreading like fire. The next Monster from HTC is about to come. The next generation beast the powerful HTC One M9 is about to come.  HTC one Series made HTC to achieve good position in market. Now, HTC is planning for its new beast HTC one M9. After the huge success of HTC One M8, the customers are more excited towards the next Generation of HTC One M9. It is going to come up with new exciting features. It will be the next … END_OF_DOCUMENT_TOKEN_TO_BE_REPLACED