It’s of no doubt that everyone out there loves to play games on their Android smartphone. Playing games on Android is indeed a great way to beat boredom. Just take a brief look at the Google Play Store, you will discover millions of games over there. Not only that, games are now available on different categories like racing games, action games, battle royale games, etc.

However, not every game that you find on Google Play Store is free to download, one classing example of such game is Hitman GO. Even if the game is available for free on the Google Play Store, that doesn’t necessarily mean it won’t have any in-app purchases. In-app purchases include gaming items like coins, tokens, gems, abilities, and much more.

This is why Android users choose to install game hacking applications. Game hacking apps for Android allows users to avail the in-app purchases for free. Not just that, but Game hacker apps can also modify the game data as well. Now if we search for game hacking apps on the internet, we will find tons of options over there like Lucky Patcher, GameGuardian, CheatEngine, etc.

How To Bypass License Verification On Android 2019

#1 Download & install Lucky Patcher on your Android. Head to the Settings > Security. Under the Security, find and enable ‘Unknown Sources’

#2 Install the app and open the app. Now select the app from which you want to remove the license verification. For example, we have chosen the uTorrent app. Tap on it and select ‘Open Menu of Patches’

#3 Next, tap on the option ‘Create Modified Apk file’

#4 Now it will ask you to select the type of modified apk, select ‘Apk rebuilt for InApp and LVL emulation’

#5 Finally click on the ‘Rebuild the app’ option and wait for a few seconds.

#7 In the next step, tap on the file and select ‘Uninstall and Install’

#8 In the next pop-up tap on ‘Ok’. Now open the modified app that has been just created and tap on ‘Upgrade to Pro’

#9 In the final step, leave all the checkboxes and tap on ‘Yes’

#10 Now open the app and you can now enjoy the premium features. 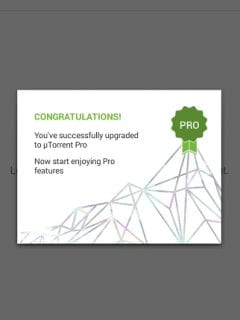 You need to implement the same method to remove license verification of any Android app. If you have any doubt, let us know in the comments.

As we have mentioned earlier, removing license verification from the premium Android app through Lucky Patcher apk is easy. The process might look complicated, but trust me, it’s easy. You just need to know about the features to explore all potential of the app.

So, its all about Lucky Patcher and its features. We have shared a working guide on how to download and install Lucky Patcher on any Android smartphone. Not only that, but the method to remove the License verification has also been mentioned. If you have any other doubts, discuss with us in the comment box below.