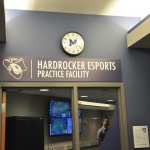 The sweet dream of becoming a professional gamer: how to start on that path? You've probably noticed that online multiplayer games have become more popular than ever. The gaming community is constantly growing, and almost every hobby player is wondering how become professional gamer. And there's a good reason for that. Just like with win real money games, the awards in eSports can be taken out in hard cash. This means that successful professional … END_OF_DOCUMENT_TOKEN_TO_BE_REPLACED 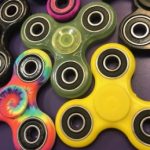 Fidget spinners are designed to help people reduce their boredom and anxiety. They have become the latest craze these days and virtually everybody is talking about this type of toys. At first site, it may seem that they serve no purpose at all and that is the mistake that many people make. In fact, they are a great stress reliever and very useful for people with ADHD, anxiety or autism. Fidget spinners can also be used for promoting any … END_OF_DOCUMENT_TOKEN_TO_BE_REPLACED 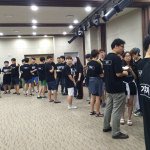 G-Next GameJam is a Korean game development festival, held for the first time in Pangyo Start-up Campus last month from 12th to 14th of August.  A total of twenty three teams containing 130 participants took part in the event. The teams worked for consecutive 72 hours taking short breaks in between to develop fun games. Themed as “ Summer Story”, the event produced a number of interesting games to showcase and improve the skills of the … END_OF_DOCUMENT_TOKEN_TO_BE_REPLACED 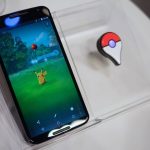 Over a month after its official release, Pokémon Go is still the worldwide phenomenon as it rolls on to other countries. The free location-based augmented reality game that has more users than Twitter is seen as an investment by a lot of players. As players seek to become the best Pokémon Go trainers, they realize that this game can be particularly taxing on mobile devices. A lot of information has been put out there in regards to tips and tricks … END_OF_DOCUMENT_TOKEN_TO_BE_REPLACED 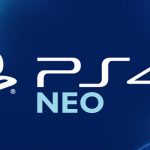 Mid-generation console upgrades were not a thing, but when both Sony and Microsoft launched lackluster versions of PlayStation 4 and Xbox One that lagged behind even a moderate PC, the need for upgrade arose. Sony has responded to the challenge with PS4 Neo and has clearly stated that with the help of this machine, they are hoping to attract PC gamers. PC gamers are very particular about their gaming as they want their graphics to be top notch … END_OF_DOCUMENT_TOKEN_TO_BE_REPLACED