Drupal is incredibly a complex Content Management System which provides its users the flexibility to edit, modify, share, and distribute the content. Unlike other CMS, Drupal has a vibrant and vivid community which contributes to supporting the system as a whole. Not only from a user point of view, but Drupal also is becoming the best so far for the developers. There are multiple reasons which go far beyond the performance, compelling developers to fall in love with this amazing CMS as a whole. 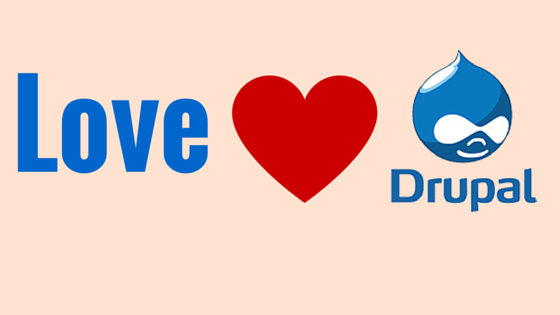 PSR are a set of standards devised by PHP Framework Interoperability Group (FIG). Its main purpose was the standardization of logger interface, coding style, coding standard, and auto-loading. Members of PHP-FIG community include the likes of Drupal, Symfony, and Zend amongst others. A slightly modified version of PSR-2 is normally followed as the conventional coding standard. It is always helpful when someone follows and writes a clean code with the widely accepted coding standards. It also allows making the PHP code an open-source one for a far easier process. An enhancement of the process is the use of PHP code Sniffer integrated with the website IDE for code evaluation while the programmers continue working further.

Drupal 8 uses Composer for managing external PHP libraries as Guzzle, Symfony Components, etc. Composer is a package manager for PHP that allows you to define a Jason file that allows listing code requirements and resolving them by downloading the essential code bundles.

A high-degree of interoperability with the adjacent technologies

Drupal can connect with multiple systems in order to extend the functionality of each through a seamless integration of multiple platforms. Drupal 8’s API, REST and external libraries make it even a stronger choice for getting it integrated with other widely used technologies.

Theming is a huge part of Drupal. It is what separates the look and feel from the functionality of a site. Earlier, Drupal used its own PHP framework for developing theme files. Drupal 8 is integrating the Twig framework from the Symfony library, giving front-end developers a new box full of rich and well-established tools. Twig does not neutralize the potential of theme engine but instead makes it easier to accomplish the same task with fewer lines of code. Since Twig is widely used amongst Symfony developers, the barrier to enter here for newbies will be lowered here again. More developers creating more themes easily means that you will be seeing a real surge of high-quality themes moving into the future.

The most compelling and important aspect of Drupal 8 is its community. Drupal and its community have been maturing for more than 10-15 years. A large number of people, approx 3000 contributed to Drupal 8 through testing, code contributions, and more. The same community stands with hundreds of Drupal developers who not only design their projects on Drupal but also support, troubleshoot, update and further enhance the Drupal platform. Additionally, it makes a great active forum from where Drupal developers can interact on various issues linked to Drupal.

Part of the OOP (Object Oriented Programming) approach to Drupal 8 is featured with an extended support for all the other soothing applications. With the web services framework, Drupal seamlessly communicates with any platform that uses the REST API. Additionally, Drupal content can be serialized between formats such as JSON, XML, Binary and plain text. This enables greater performance integration between different platforms.

Primary language being used to develop web applications by Drupal developers is English but with new updates from Drupal, it has become possible for developers to use any language they are proficient in and then translate it into a Drupal-friendly language. The two major translation tools provided to developers are “Location Component” and “Content Translation”.

Localization allows converting an international product into a local one which is comprised of a specified number of users in a location using locale-specific components or translating the text.

Drupal 8 houses the versatile HTML5 which is a huge step towards making Drupal sites responsive. Drupal 8 has managed a confluence of mobile web and native applications, making it better for users either on desktop or mobile with an enhanced and interactive browsing experience. All the built-in themes in Drupal 8 are responsive. Additionally, you can try and use responsive web design and testing tool to assess the compatibility of your website across multiple devices with different screen sizes.

There is still much to discover with Drupal 8’s advanced and improved capabilities. Again time will tell, but it is exciting to think that there will be an appropriate number of improvements available to all developers using which they can easily experiment with the new challenges and opportunities in a more refined and advanced way.

Clyde Ray is working as a senior Drupal Developer at PSDtoDrupalDeveloper- Best PSD to Drupal Service Provider and has been known for designing websites with quality-rich coding standards in Drupal. He adores sharing knowledge on the recent updates leading to Drupal advancement. He is also passionate about writing visionary write-ups on Drupal and its related technologies. He makes sure all his write-ups contain thoroughly researched content and facts. 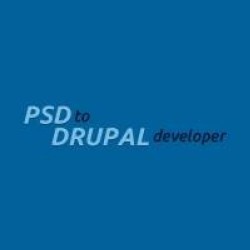