Metal body design. Looks like very thin Honor 5X design, Camera position and fingerprint sensor practically the same. It sports a 5.2 inch screen, Smaller screen size that makes it easier to handle. Rounded corners. Power and volume buttons positioned on the right side of the smartphone, one you can find the micro-USB port and speaker at the bottom side, 5.2-inch full-HD display that occupies 68.7 percent of the front. But the drawback on the absence of capacitive buttons, Better brighter display, one you can enjoy for watching movies on this phone.

Features a fingerprint reader on the back side of the smartphone, you can use this one for unlocking the apps and the safe, This one of the best feature on mid-range segment smartphones, You can also unlock the phone when it is in sleep mode. 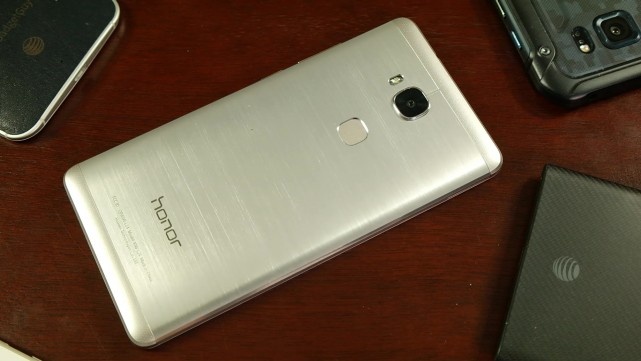 The Honor 5C comes with a 13-megapixel back side camera with LED flash and for video chat 8-megapixel front face camera. This smartphone camera can capable of recording videos in full HD resolution. It has a special feature of modes such as HDR, slow-motion video, pro photo and pro video modes. Other side coolpad Note3 offers 13 megapixel 5-element lens primary camera and 8 megapixel front camera, which is priced at INR 8999.

The Honor 5C inherited the most of the features from Honor 5X sported, This device powered by the Kirin 650 CPU, This is developed   by Huawei’s own subsidiary Hisilicon. Other side 5X offers Qualcomm Snapdragon 616 processor. According to the company insiders, which will give battery life than the current   Qualcomm CPU.

Equipped with 2GB of RAM, Not a bad on this side. But some other smartphone makers offers 3 GB RAM smartphone on this price range. 16GB inbuilt storage and Micro SD card expansion is possible upto 128 GB, powered by the   3000mAh battery. Although there are other options in this price range with 3GB of RAM or more, thanks to it’s 2GB RAM to ensure that the phone can work smoothly.

Which runs on Android 6.0 operating system based with Huawei’s EMUI 4.1 on top. An updated EMUI and it also offers a phone manager app, that will be useful in controlling system optimization functions, data usage and more. According to the Google, Android Marshmallow offers lot’s of advantages, including better performance, Doze mode for battery optimization, This is a much better OS than previous version.

Smartphone includes 3.5mm headphone jack, and a micro USB port, According to the Geekbench test, the smartphone has scored good score 52,099 points in AnTuTu, 17,196 in Quadrant, 19fps in GFXBench.