Chinese tech giant Huawei has quietly launched a new terminal Huawei Y6 Pro, A new device from Huawei comes with an interesting feature and a huge battery, Successor to the Huawei Y5, which was released just a few months ago in China. Positioned in the mid-range segment, powered by a large 4000mAh battery.

On the design side, It has designed with metal frame, This device will feature a 5-inch LCD HD display with screen resolution 1280 × 720 pixels. It will be equipped with the quad-core MediaTek MT6735P processor clocked at 1.3GHz, This device comes with comes with 2GB RAM, For data storage, It supports 16 GB inbuilt-storage, But there is no official word on the external Micro SD card. 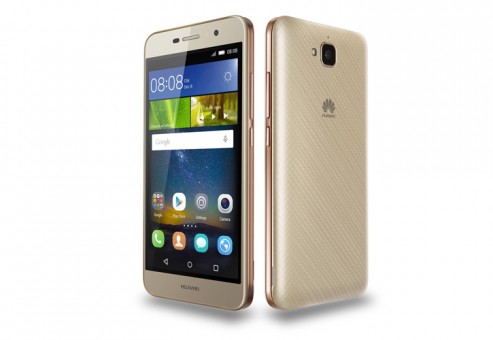 The main big feature of this smartphone, Especially the battery power, Equipped with 4000mAh that can support 9 hours of talk time, 10 percent of battery charging will be sufficient for the one day use  with the Smart Power Saving mode turned on. Smartphone reportedly listed only on the company’s website. And for selfies, It will feature a 13-megapixel back side camera with LED flash, autofocus, For video chat, It will have a 5 megapixel front camera, which is weighted about 160 grams.

The Huawei Y6 Pro smartphone will run under the Android 5.1 Lollipop with company’s Emotion UI 3.1 operating system, This device compatible with Bluetooth 4.0, WI-FI 802.11 b/g/n, Wi-Fi hotspot, and Wi-Fi direct. And the dimensions of this device 143.1 x 71.8 x 9.7mm, It will be initially available in Pakistan, But still there is no official information on availability and price, It will be available in three colors Gold, White, and Gray colors.

Last month Huawei has released two new smartphones in India, Honor 5X available to buy and this device priced at Rs. 12,999 and the other smartphone Honor Holly 2 Plus priced at Rs. 8,499.

Back camera: 13-megapixel with LED flash