LG upcoming flagship LG G5, unveiled the Quick Cover case ahead of its official presentation, Scheduled for the end of the month, According to the latest rumors, This device will be announced on 21 February in Barcelona at MWC 2016. Smartphone sets to succeed the G4 handset. 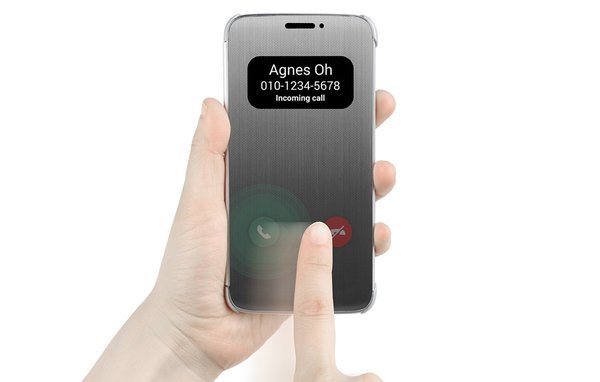 This device comes with Codename LG-F700S, (LG-F500 for G4 and LG-F600 for LG V10), LG G5 has designed with the metal housing. According to the previous leaked information, QuickView cover will provide a shiny and smooth metal finish on a G5 for uniform appearance. On the display side, This device will feature a 5.1-inch display with screen resolution 1440 x 2560 pixels. Corning Gorilla Glass 4, which gives 525 ppi pixel density, For video games Adreno 530 GPU. Dimensions of 149.4 x 73.9 x 8.2 x 148.9 mm, As like LG V10, LG G5 will have a fingerprint scanner, positioned at the back side of the device. For data storage, this device supports 64 GB internal storage and one you can expand this memory via MicroSD, up to 200 GB. Including USB 3.1, so the user can find some comfort. Additionally smartphone features a “semi-transparent mesh cover” this is  for checking in-coming call alerts and messages.

This device compatible with Wi-Fi 802.11 a/b/g/n/AC, dual-band, Wi-Fi, Direct, Coming to the camera side, This device featuring 20 megapixel back camera, feature a 135-degree wide-angle camera, comes with laser autofocus, OIS, LED flash and 8 megapixel front camera, In Addition to the Full HD video recording feature, powered by the 4000 mAH Removable Li-Ion battery, 35% of battery charging will provide 85% of 85% full capacity, The presentation of this device, which will be held February 21 in Barcelona.