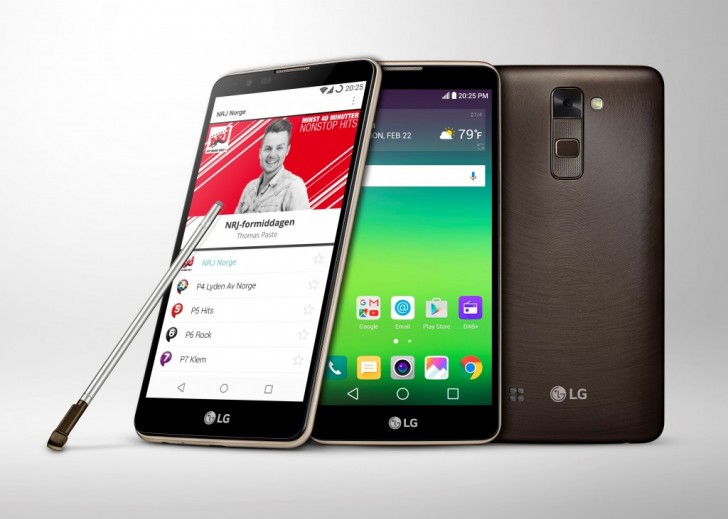 LG Stylus 2 will be equipped with DAB+ chipset  that enables broadcasters to develop their own apps to provide Internet services in addition to the radio program. LG has worked with the International DMB Advancement Group (IDWG) to introduce the DAB + technology in the new Stylus 2. We are proud to partner with an innovative company like LG on a great smartphone. The combination of radio and the Internet opens a wide range of possibilities for the future, “explains Gunnar Garfors, President of Maze.

Coming to the specifications of the device, Smartphone will feature a 5.7-inch IPS LCD display with HD screen resolution, which gives pixel density 258 ppi, powered by the Quad-core CPU clocked at 1.2 GHz coupled with 1.5 GB of RAM to the side. For Storing data, 16 GB of internal memory available, You can expand this memory via MicroSD card. Stylus 2 comes with special feature a pen with a nano-coated tip.

Users with DAB + access to more channels than traditional FM radio. Unlike conventional radio apps, DAB + already reaches more than 500 million people in 40 countries. “We expect the technology shift to digital radio via DAB + actively in order to establish for audio enjoyment on the smartphone, a new paradigm,” said Juno Cho, president and CEO of LG Electronics. “With its 5.7-inch screen, the LG Stylus 2 the perfect device for rousing multimedia experience.”