This year Samsung officially launched the Galaxy S7 and S7 Edge, Now the company is working on Galaxy Note 6, Successor to the Galaxy Note 5, Features 5.7 inches quad HD display, Galaxy Note 6 will be equipped with 6GB RAM, powered by the Battery 3700 mAh. According to the TechRadar and Forbes websites, Samsung planning to launch Note 6 in August in the UK.

Coming to the specifications of the device, Galaxy Note 5 features a 5.7 inch display, Samsung is expected to slightly increase the size of its Super AMOLED panel. The Galaxy Note 6 will feature a 5.8 inch display with a quad HD screen resolution, the size of the display gained compared to its previous Galaxy Note 5 models, However, that will allow more room for the battery. 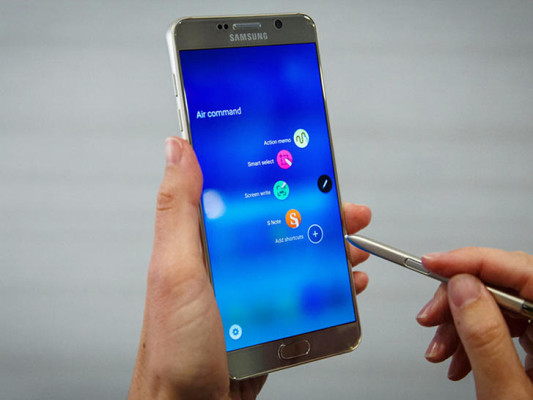 Samsung has officially unveiled its Galaxy S7 with 12 megapixel image sensor. Specifically, this new sensor is based on a technology called BRITECELL, in order to capture more light. According to the latest leaked information smartphone features  a 25 MP primary camera, In addition, with aperture  f / 1.7. The report also mentions the presence of OIS technology, an enhanced version of the traditional optical stabilization, Smartphone positioned in the high-end design segment. One you can capable of recording Full HD videos with this camera.

The next PHABLET of Samsung powered by the battery of 3700 mAh, It is a little more power than the Galaxy S7 Edge, This device equipped with a battery of 3600 mAh. Knowing that it provides about two days standby under mixed use. Smartphone runs on Google latest Android operating system.