Upcoming smartphone from Samsung, Galaxy S7 dubbed the S7 Active has now been spotted on the GFXBench. Official launch, which is expected soon. This device will have a 5.5-inch screen like that S7 edge and a huge battery. Successor to the Galaxy S7, According to the GFXBench smartphone is dubbed under the Codename SM-G891A, which runs on Android 6.0.1 Marshmallow.

The smartphone has a design with mixture of polycarbonate and rubber, so it is closer to the end of that big brick phone. Especially for the latest high-end Samsung S7, Smartphone will be equipped with Snapdragon 820 processor, including 4GB RAM, and inbuilt storage 32GB. Comes with a bittmore water resistant than the Galaxy S7. Of course the water resistance is not the only asset of active Galaxy, they are mostly ultra shock resistant with military certification. It guarantees the strength of smartphone against shock, vibration, humidity, rain. Latest high-end of the Korean manufacturer, the S7 will be entitled to an active version, The most interesting point in this data sheet is the size of the screen. This time the High-end design smartphone will be greater. It will have a diagonal of 5.5 inches for a qHD resolution. 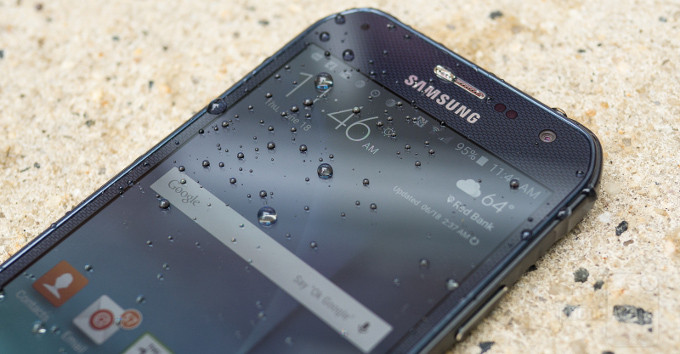 Coming to the camera side, it features a primary camera 12 megapixel, HDR photo and flash, so the mobile users can capable of recording videos in Quad HD resolution, on the other side Galaxy S7 ACtive primary camera can capable of recording videos in 2160 pixels, And it will have a 5 megapixel front camera for video chat, This camera can support to record videos in full HD. Positioned in the high-end design segment.

Galaxy S6 active powered by the huge power 3500 mAh battery when at the time the Galaxy S6 was a 2550 mAh battery. There one can imagine such a battery of more than 4000 mAh for the S7 active. For the rest of the features are the same as the Galaxy S7 and S7 edge namely a Snapdragon processor 820.