How To Use Lucky Patcher On Android

If we talk mainly about apps and games, you will find both premium and free apps on the Google Play Store. The apps which we usually like to have often come with a premium tagline. Not just that, but the free app that we install from third-party or Google Play Store also has in-app purchases. In-app purchases include gaming items, coins, subscriptions, and almost every other thing which provides users the best in-app or in-game experience. However, not everyone is rich here, and there are plenty of users who can’t afford those in-app purchases.

What is Lucky Patcher For Android?

Lucky Patcher is one of the best Android game hacker app available on the internet which could help you to bypass the in-app purchases. With Lucky Patcher app, users can avail unlimited gaming items like unlimited coins, unlimited gems, unlock abilities, etc. Not just that, but Lucky Patcher for Android also got the ability to remove ads from various popular Android app.

How To Use Lucky Patcher?

As we know, Lucky Patcher Apk can be installed on both rooted and non-rooted Android smartphone. Believe us, installing Lucky Patcher is an easy process, you just need to follow some of the simple steps which we have listed below. Again make sure to download the latest version of Lucky Patcher Apk to enjoy the latest features of the app.

#1 After downloading the latest version of Lucky Patcher Apk, head to the Settings > Security. Under the Security Settings, find and enable ‘Unknown Sources’

#2 Now install the app as you normally do. Rooted Android device holders need to grant the superuser permission as well.

#3 Let’s take an example of a uTorrent app which requires license verification to remove ads. So, open the Lucky Patcher app, and it will list all installed apps. Select uTorrent from the list and then tap on ‘Open Menu of Patches’ 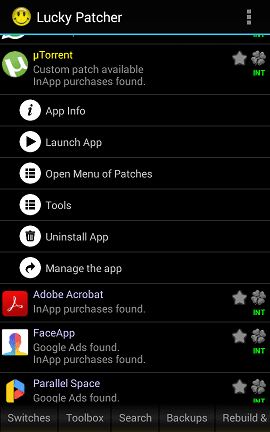 #4 In the next page, tap on ‘Create Modified Apk file’ 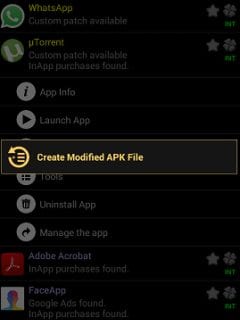 #5 In the next page, tap on ‘Apk rebuilt for InApp and LVL emulation’ 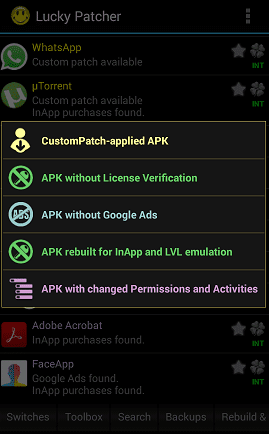 #6 On the next page, enable the ‘Support Patch for LVL emulation’, and ‘Support patch for inApp emulation’. Now tap on ‘Rebuilt the app’ and wait for a few seconds. 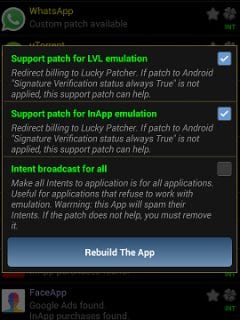 #7 If everything went right, then you will see a success message. Now tap on ‘Go to file’ 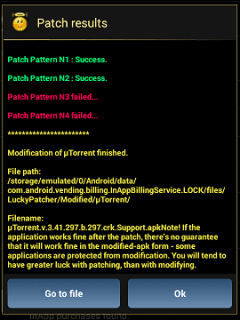 #8 In the next page, select the option ‘Uninstall and Install’ 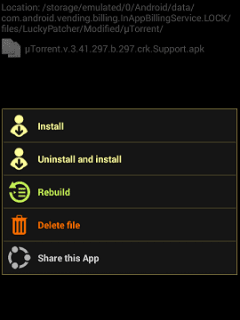 #9 Now select the option ‘Upgrade to Pro’ and on the next popup menu, leave all the checkboxes and tap on ‘Yes’ 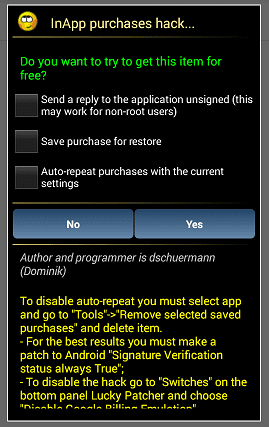 This is how you can remove license verification from the Android app by using Lucky Patcher. Now launch the uTorrent app, and you can now enjoy the premium features for free. The process might look complicated, but it’s really easy. You just need to understand the settings to explore the full potential of Lucky Patcher for Android.

How Safe Is Lucky Patcher?

Before installing any game hacker app like Lucky Patcher, users ask such questions like ‘is it safe to use Lucky Patcher’, ‘Is lucky patcher a virus’, ‘Is Lucky Patcher illegal’, etc. So, in this particular section, we have decided to clear every doubt. On the security side, if you have a rooted Android smartphone, then Lucky Patcher won’t be considered as a ‘Safe’ app. Since rooted smartphones are prone to security threats, installing such apps can invite lots of risks.

Since Lucky Patcher App is meant to modify the official Apk file, so the risk of losing account is quite high. As soon as the app or game developer knows about the usage of Lucky Patcher, they will immediately ban your account. However, Lucky Patcher for Android has been there for a while and its now used by lots of users. Users have been using Lucky Patcher from past 3-4 years without any legal or security issue.

Lucky Patcher Apk is indeed an amazing Android app which allows users to remove ads and patch games. Not just that, but Lucky Patcher Apk can also remove license verification and ads as well. What’s more interesting is that Lucky Patcher works on both rooted and non-rooted Android smartphone.

Lucky Patcher for Android basically allows users to explore any installed apps. You can either rebuild an app, modify the app data, and can do lots of other things. In this article, we have shared a tutorial on how to remove license verification by using Lucky Patcher for Android. If you have any further doubts regarding the app, then make sure to discuss with us in the comment box below.