Coming to the design and specifications, It has designed with the metal unibody, It will be available in Dark Gray, Gold, and Silver colors and thickness of smartphone 7.5mm. Looks very thin, One of the bigger screen mobile from Xiaomi, Smartphone feature a 6.44-inch full-HD display with screen resolution 1080×1920 pixels, and this device offers special features Sunlight Display mode and night reading mode, Standard version powered by the Snapdragon 650 processor and the second model equipped with Snapdragon 652 processor and the larger version comes with Snapdragon 652 coupled with 4GB RAM. This internal memory can be expandable via external MicroSD card supports up to 128 GB. Including Adreno 510 graphic card. The company also launched new MIUI 8 ROM. 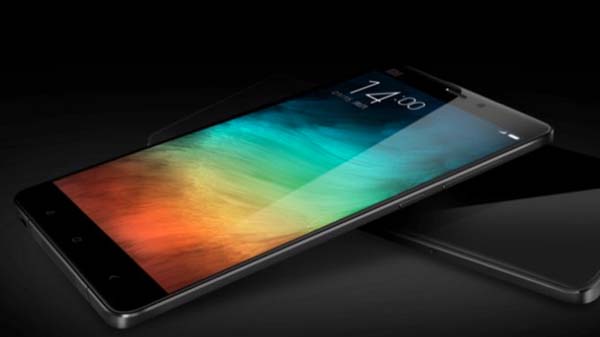 On the photos and video chat side, the Smartphone will have a 16-megapixel back camera with a 5-lens and a large f/2.0 aperture. This one of the best feature of 2016 high-end design smartphones, It has designed with dual-tone flash, including PDAF, apart from HDR. And it sports a 5-megapixel sensor, with f/2.0 aperture.

Larger display smartphone, And smartphone equipped with 4850mAh battery, One of the huge battery power smartphone of the year. This device battery can support up video streaming of 14 hours with  on full battery charge. Redmi Note 3 powered by the 4,000 mAh battery. Mi Max measures 173.1 x 88.3 x 7.5 mm, which weigh about 203 grams, other side company budget device Redmi Note 3 measures 150 x 76 x 8.7 mm, smartphone weight about 164 grams. Smartphone runs on updating OS, Android 6.0 Marshmallow based with MIUI 8. Redmi Note 3 runs on Android 5.1. Including fingerprint reader, This is one of the top-end feature of smartphones launched in 2016, Smartphone makers planning to launch the device with the fingerprint reader, This is an additional security for the smartphones.